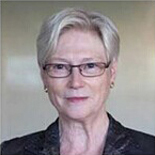 From 2002 to 2007 Ms van der Hoeven served as Minister of Education, Culture and Science of the Netherlands and from 2007 to 2010 as Minister of Economic Affairs and Energy.

Ms van der Hoeven took over as Executive Director of the International Energy Agency (IEA) on 1 September 2011 and led the IEA during a period of exceptional change in the global energy economy, as rapidly shifting supply/demand balances for oil and other major fuels transformed the IEA’s traditional mandate. Her mandate ended on 31 August 2015.

She also served on the Advisory Board for the UN Sustainable Energy for All initiative from 2013-2015. Since September 2015 Ms van der Hoeven has been a member of the Board of Trustees of Rocky Mountain Institute in Colorado (US) and Senior Associate Fellow at Clingendael International Energy Program (CIEP).

Since spring 2016 Ms van der Hoeven has been a member of the Board of Directors of Total (France) and a member of the Supervisory Board of RWE AG (Germany). Beginning in October 2016 she has become a Member of the High-Level Panel of the European Decarbonisation Pathways Initiative (European Commission).